Starting in Year 7 this Sept? –

Click here to see information to help you settle in 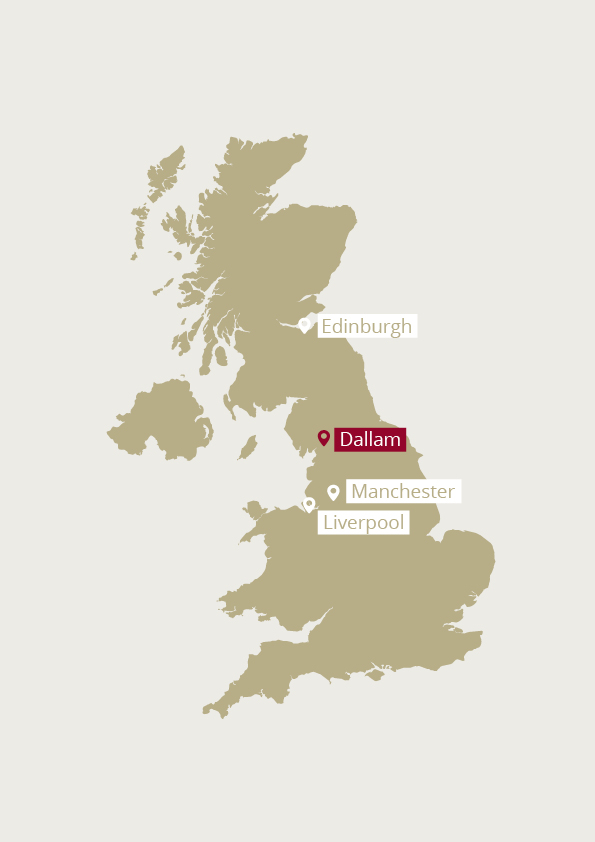 Dallam School, Sixth Form and boarding house are located in the beautiful British countryside, between two National Parks – The UNESCO Lake District World Heritage Site and the Yorkshire Dales – and the coastline on the doorstep it is easy to see why this part of the UK inspired world-famous writers and artists such as Wordsworth and JMW Turner.

The boarding house is just under 2 miles from the school and sixth form – a nice walking distance or there is transport provided for boarders.

It takes less than 90 minutes to reach us by car from the centres of Manchester and Liverpool, and less than two hours from cities like Leeds and Newcastle.

We are close to the M6 motorway, which runs from Leicestershire through to Rugby, Coventry, Birmingham, Stoke-on-Trent, Liverpool, Manchester, Preston, Lancaster and Carlisle before terminating just before the Scottish boarder, in Gretna.

For Dallam, please exit the M6 at Junction 36.

Our boarders can travel from nearby Arnside and Oxenholme train stations, which offer connecting train links to mainline services.

The nearest major train station is in Lancaster. A direct train from the centre of London can reach the station in less than two and a half hours. It takes less than an hour to reach Manchester City Centre and 80 minutes to get to Manchester Airport. Birmingham can also be reached in less than two hours.

International students reach us easily after flying into nearly ever major airport in the UK. Manchester Airport and Liverpool John Lennon Airport are the most commonly used, but Leeds/Bradford Airport and Durham Tees Valley Airport are all easily accessible.

In fact, it is also possible to get to London Airports in around three hours.

**We are recruiting** A great opportunity for the right person to work in a fantastic state boarding school on the edge of the Lake District. Closing date 30 July. See dallamschool.co.uk for full details and application form. #ITjobs @CumbriaJobs #cumbriajobs #lancsjobs pic.twitter.com/1AQfFAbD0a
RT @gaskellmoore: @LBee135 @DallamSchool Considering the turbulent year Jake has loved his first year at Dallam. Huge thanks to for all the…
Follow us on Twitter